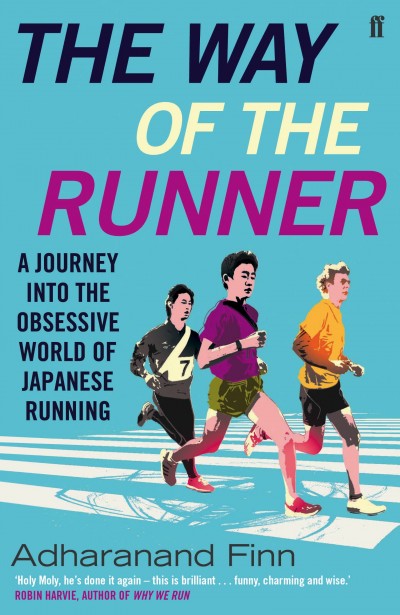 I’ve always struggled with books about running, despite being somewhat obsessive about the sport. Reading detailed accounts of other people’s training runs and races is rather like a friend sitting you down with hundreds of photos from a holiday you weren’t on. For me, running is such an intensely personal experience – you have to be there to get it. But surprisingly ‘The Way of the Runner’ did get me. My mum gave it to me for my birthday months ago, and with a place in next year’s Tokyo marathon, I finally decided to pick it up. It grabbed me from the beginning. The journalist Adharanand Finn (who also wrote Running with the Kenyans) took his wife and 3 kids from England to Japan (by train) on a mission to learn more about the Japanese obsession with long distance running. And it turns out they really are obsessed. I had no idea! They’re really good at it too – the 3rd fastest marathon nation in the world after Kenya and Ethiopia. Long distance running is taken so seriously in Japan, that they have paid corporate running teams, and marathon relay races called Ekidens (eki – rhymes with Becky, den – with equal stress…). Races are broadcast on national TV, the elite runners are famous. The stakes are high. The training to get there is brutal with many young runners covering about 500 miles every month. Yet Japan hasn’t won an Olympic medal in the marathon since 1992. Finn’s quest to find out why sees him training with the Japanese, and even takes him to the mountains to meet the marathon monks who run 1000 marathons in a 1000 days. It’s really well told, engaging, informative and also makes you think about your own running and what you could do to improve it. One thing I guarantee is that about halfway through you will find yourself squatting down on the floor, or at least trying to. Read it…and you’ll see why.

3 thoughts on “The Way of the Runner by Adharanand Finn” 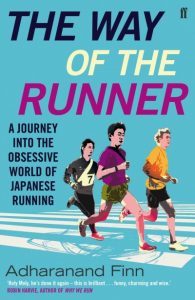